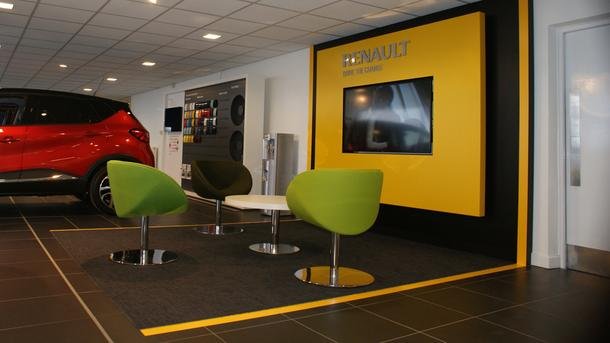 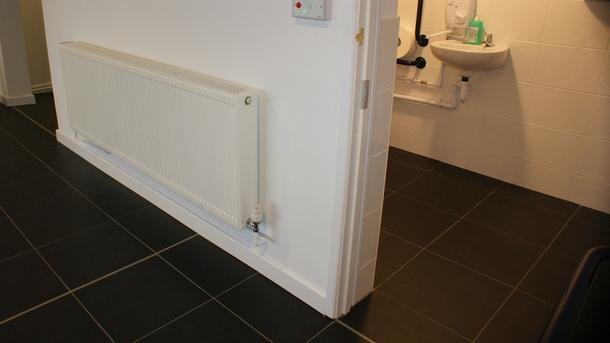 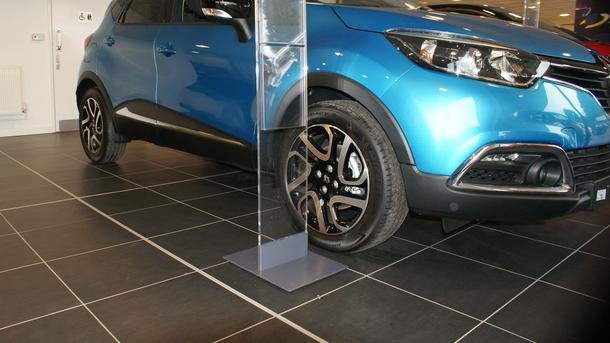 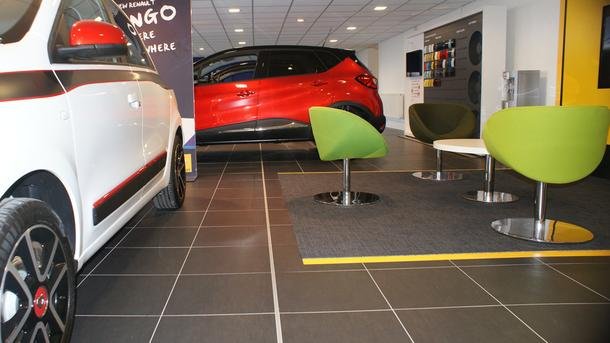 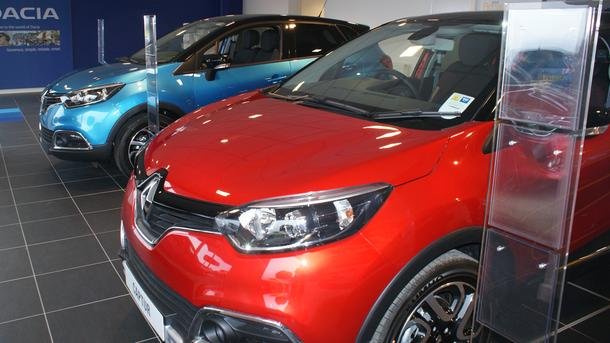 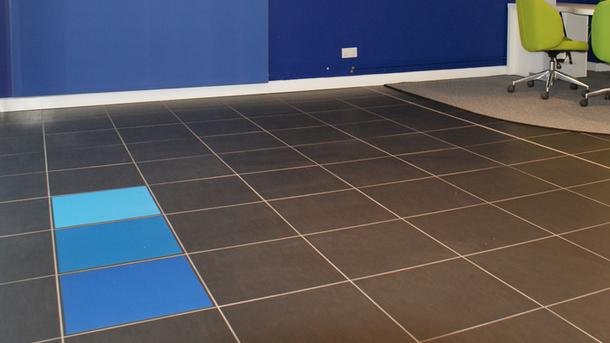 Nigel Drake from Drakes Garage in Shiptonthorpe approached Ceramic Tile Merchants to assist with the refurbishment of his car showroom.

The project involved a new customer WC and a substantial makeover of the showroom - to include a tiled floor, new suspended ceiling, lighting and soft furnishings. This had to be achieved using Renault colours and branding throughout.

The tile used (specified by Renault) was a 450 x 450mm Black porcelain tile RSN 45 Ref VCO1880, which is used in Renault showrooms nationwide.

Ceramic Tile Merchants were brought in to carry out the tiling of the large showroom floor (150m2), as well as wall and floor tiling in the WC, as quickly as possible. Nigel was keen to have the task completed quickly in order that the showroom could be rebuilt, branded and re-opened with the minimum of disruption to his customers.

We were brought in for our professionalism, technical advice and ability to carry out the task quickly and at short notice.

Given the size of the area, we used Schluter movement joints to allow for any expansion in the floor during the tiling process.